The Stargate franchise is a beloved sci-fi series that has captivated audiences for decades. With three series and three movies, it can be a bit overwhelming to try and figure out the correct order to watch everything. Here is a guide to help you navigate the Stargate universe and enjoy the content in optimal order.

Stargate Origins was a web exclusive series that featured on Stargate Command MGM’s exclusive streaming service for Stargate. It featured ten 10-minute episodes and takes place during world war 2. This series opened up the possibility that the Mission to Abydos wasn’t the first time the Gate had been open. Many fans don’t consider Origins to be canon which is why it is tentatively categorized as “optional”. It may not be canon. It may not be great. But it’s Stargate. 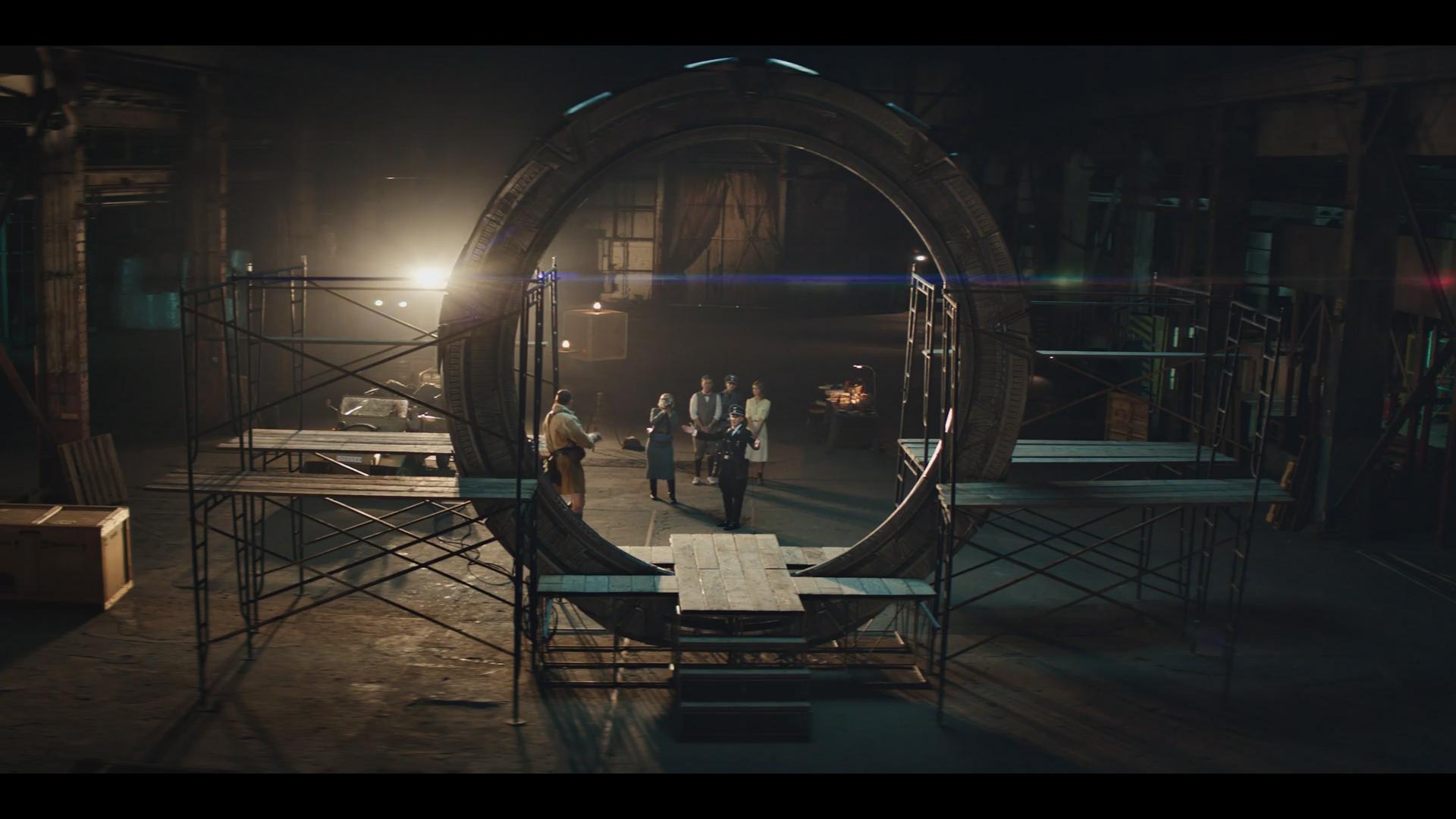 In the original Stargate movie, a team of soldiers and scientists are assembled by the U.S. government to explore a mysterious ancient artifact known as the Stargate. The team, led by Colonel Jack O’Neill (Kurt Russell) and Dr. Daniel Jackson (James Spader), travels through the Stargate to a distant planet where they discover the people who reside there are enslaved by a powerful Alien posing as the Ancient Egyptian God, Ra. 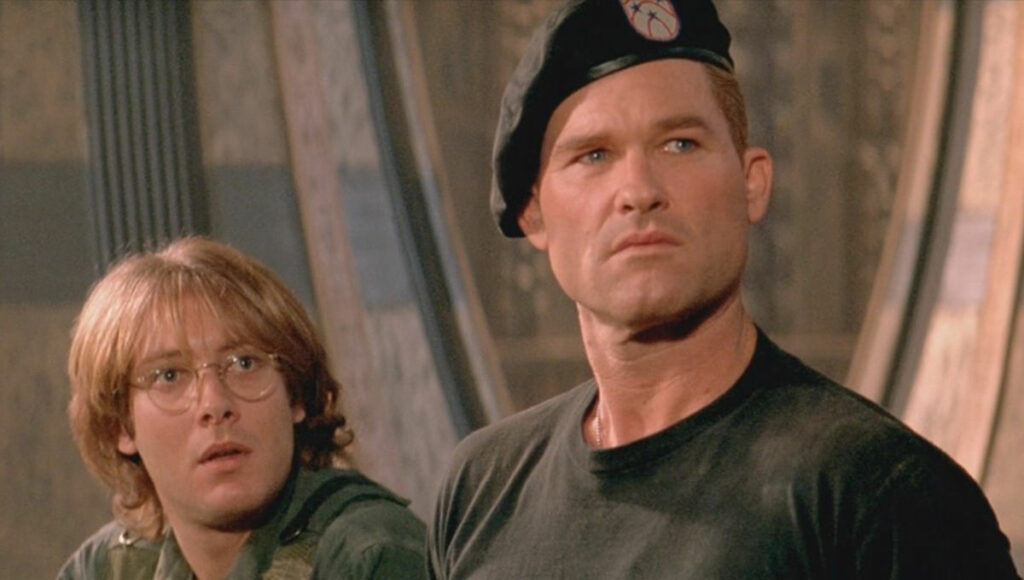 The Stargate SG-1 series, which aired from 1997 to 2007, serves as a crucial foundation for the Stargate franchise and establishes much of the world and lore that is explored in subsequent series. The first seven seasons of SG-1 are particularly important in this regard, as they lay the groundwork for the Stargate Atlantis series, which premiered in 2004 during SG-1’s eighth season.

As soon as the finale of Stargate SG-1’s 7th season ends you should start on Stargate Atlantis. 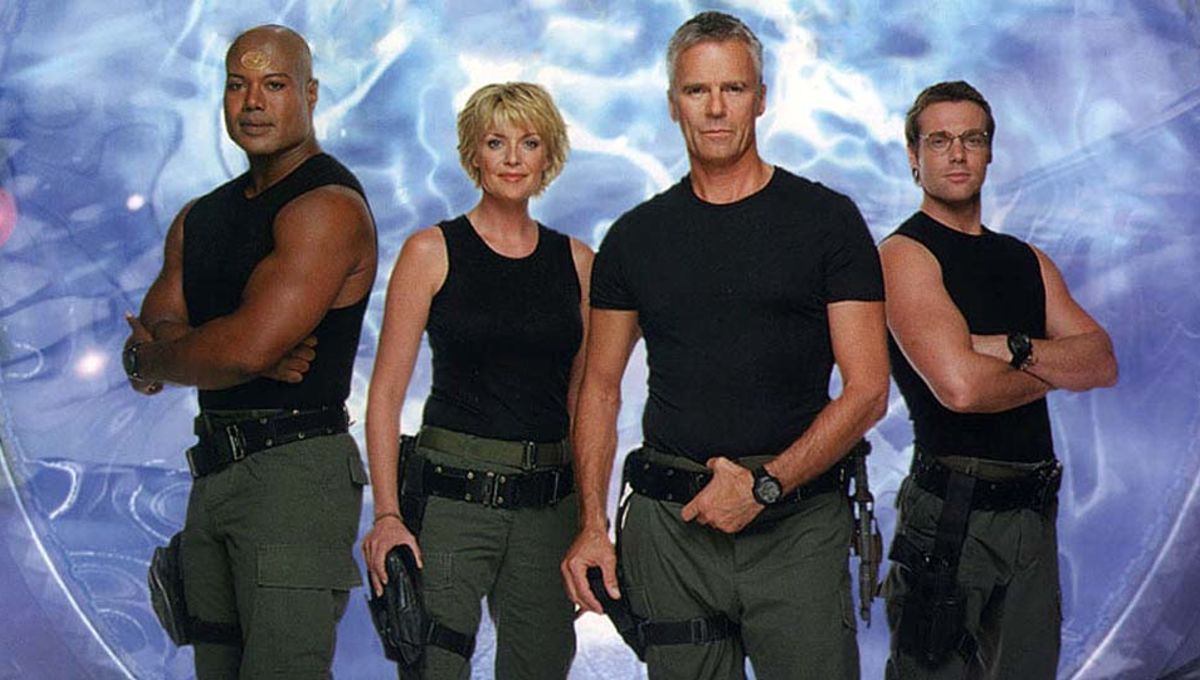 These episodes are vitally important to explain how they uncover the mystery of Atlantis. This should immediately be followed by Episodes 01 and 02 of Stargate Atlantis (Rising). 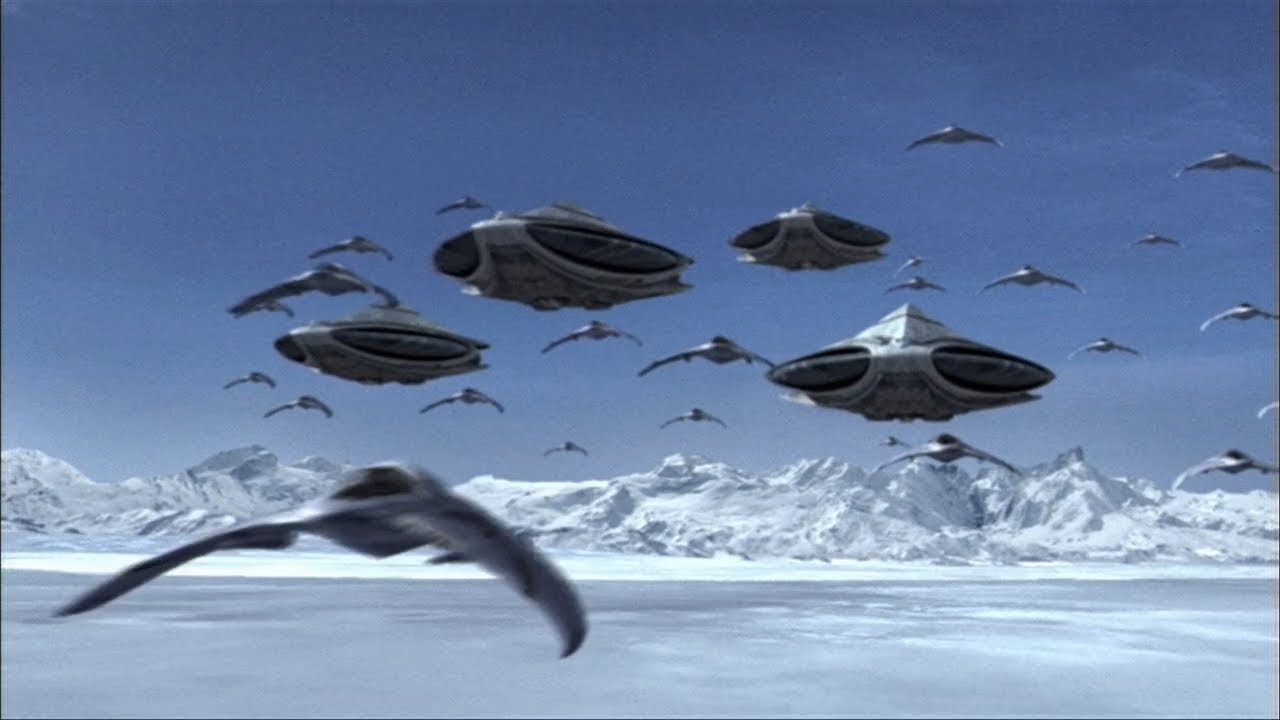 In the pilot episode of Stargate Atlantis, a team of scientists and military personnel travel through the Stargate to the lost city of Atlantis, located in the Pegasus galaxy. Upon their arrival, they find the city abandoned and in disrepair, but also discover that it is powered by a strange energy source known as the Zero Point Module. As they try to repair the city and explore their new surroundings, they are confronted by the native Wraith, a dangerous alien race that feeds on human life force.

As the team continues to explore Atlantis and try to find a way to defend themselves against the Wraith, they encounter a group of humans who have survived on the planet for centuries by hiding from the Wraith and living in underground caves. The team must decide whether or not to trust these humans, who have become paranoid and distrusting after years of living in hiding. Meanwhile, the Atlantis team members struggle to adapt to life on the alien planet and deal with the challenges of being cut off from Earth. 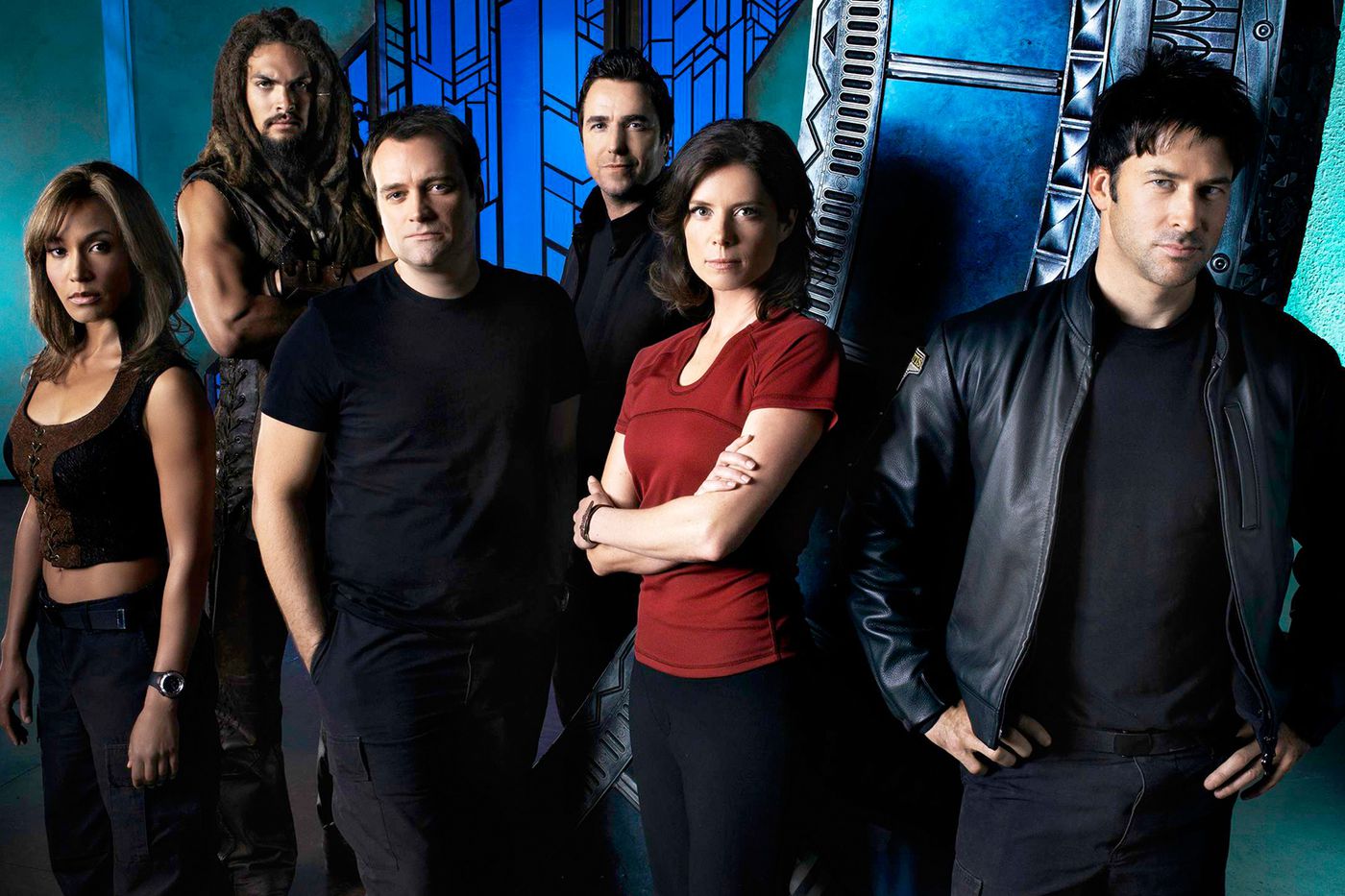 Now you should alternate between episodes, For example, SG-1 Episode 803 then Stargate Atlantis Episode 103. There are a few instances where both shows will cross over and watching each season individually might seem a little off-putting.

Stargate: The Ark Of Truth

You will finish Stargate SG-1 before Stargate Atlantis and that’s okay because following on directly from the end of Stargate SG-1’s 10th season is the first direct-to-DVD movie, Stargate: The Ark Of Truth, which is a nice bookend for the Ori Storyline. 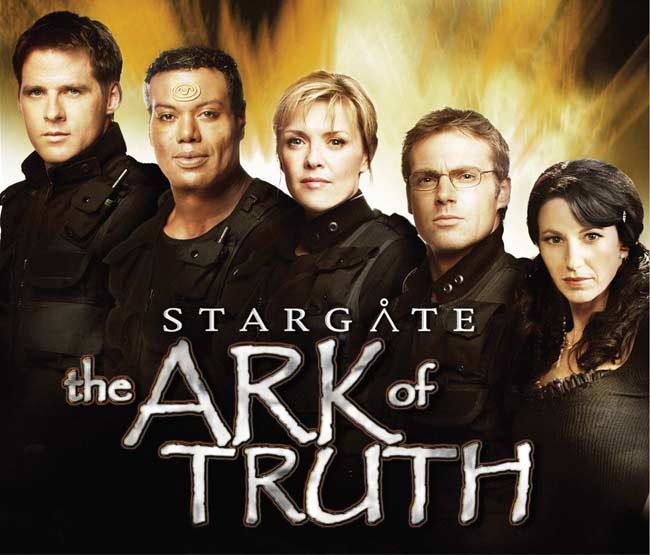 After Ark Of Truth, you can continue with Atlantis and can even finish an entire season before watching anything else. Once finished with season 4, watch the first episode of Season 5 (“Search and Rescue”) as we will be watching the final story from SG-1 after this. 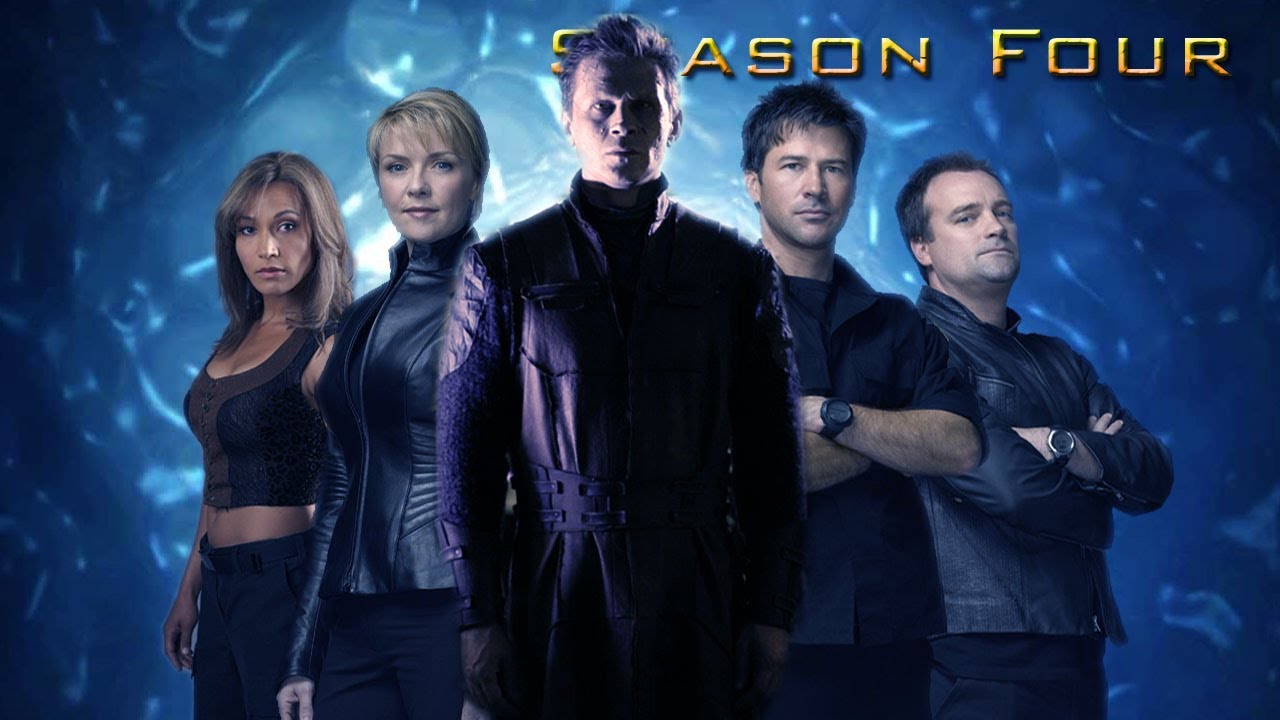 Stargate Continuum is the final installment of Stargate SG-1 (so far) and features the Goa’uld once again as the main antagonists. The primary villain of the movie is Ba’al who travels back in time to sink the ship carrying the Stargate to the United States during the war. This event means the Stargate Program never exists and the entirety of SG-1 never happened. It is up to Mitchell, Carter, and Jackson to restore the timeline and save the planet. 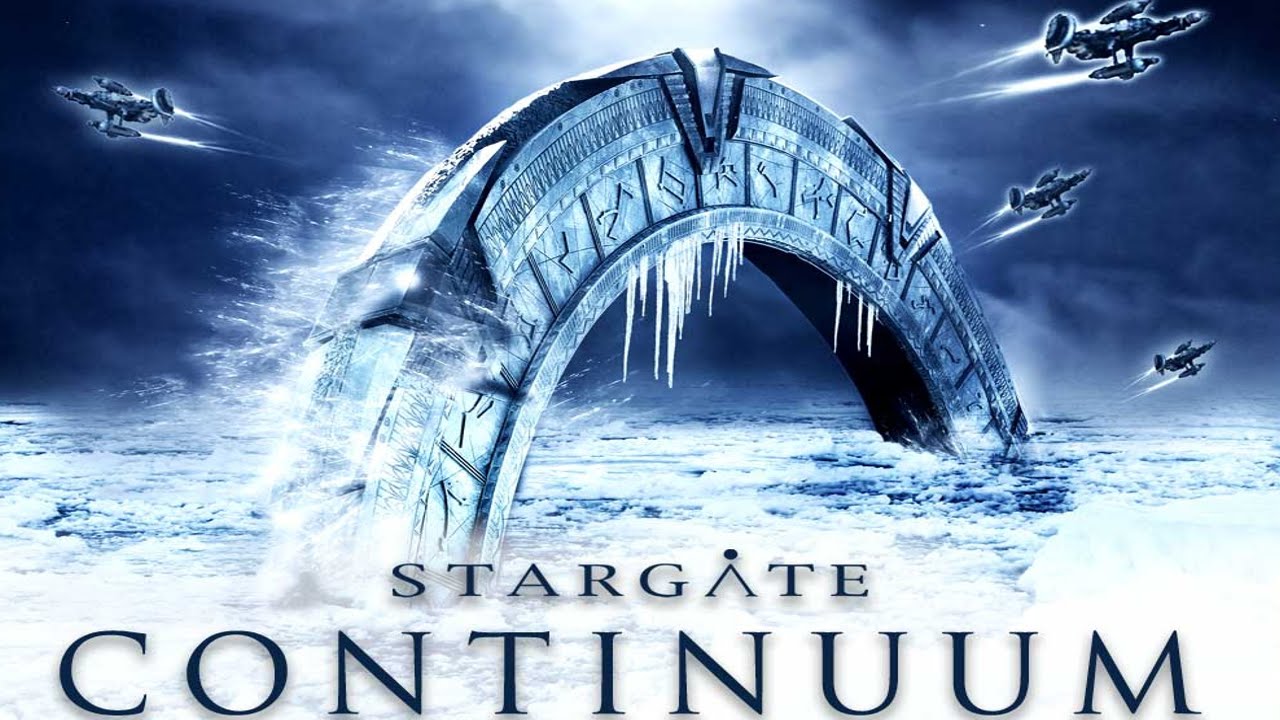 Season 5 of Stargate Atlantis is the final season in the series. The war with the wraith continues to wage on and although very much settled in the Pegasus Galaxy the team must find a way to end a millennia-long war and protect Earth from Wraith incursion. 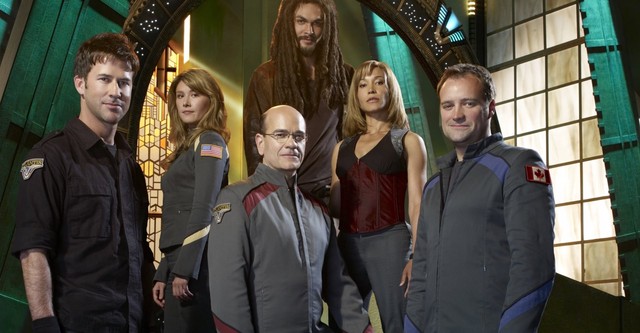 Stargate Universe is the 3rd installment in the Stargate Franchise, which follows the crew from the Icarus Base who managed to dial the 9th chevron. They are transported aboard an Ancient ship, whose mission is to decypher an encrypted signal hidden in the background radiation of the universe. Trapped and alone, the crew must come together to survive. Stargate Universe is a very contentious topic amongst Stargate fans. Some love it and others hate it. But one thing is certain, At the end of Season 2, we are left on a cliffhanger and are yet to see the resolution. 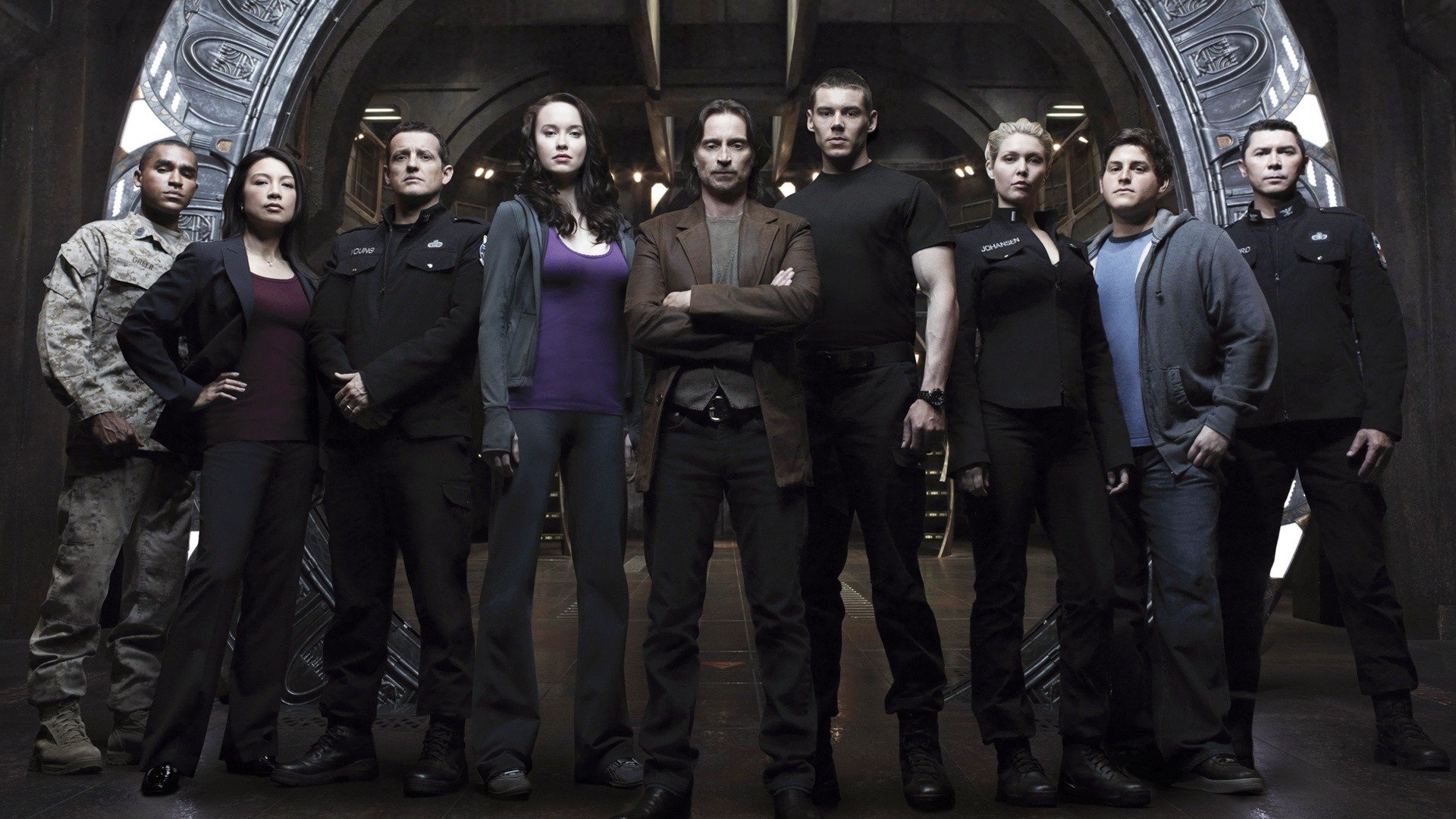 My name is Matt. I joined SciTrek in March 2022 with one goal to help foster a community of like-minded Stargate fans.

I completely forgot to watch Stargate: Origins, so I’m doing it tonight…. Thanks for the reminder.

Well, that went well. Amazing what you can achieve with a cast of 10 and a budget of £3.50

lmao!!! – I dont consider Origins to be canon. Only watched it the once. That was enough for me haha